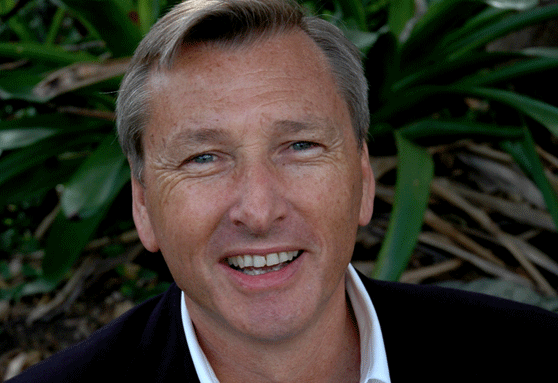 A not-for-profit organisation designed to help young people develop careers in the entertainment business is being launched in Cannes today in the name of the late, great David Lyle.

A not-for-profit organisation designed to help young people develop careers in the entertainment business is being launched in Cannes today in the name of the late, great David Lyle.

The David Lyle Foundation will provide guidance and opportunity to individuals who show extraordinary talent, integrity and drive to work in entertainment.

The initiative is launched in memory of Lyle, the much-loved television veteran, who had been a mentor to many in the industry globally during his 40-year career.

Each year the partners will provide mentoring, financial support and access to their combined resources to two young recipients, who will each receive a scholarship that provides an annual programme to connect them with the global business.

Support will be provided to travel to a variety of industry events to network and build contacts and to help understand the many opportunities at large in the content industry.

The two successful candidates will be chosen by The David Lyle Foundation’s board of advisors from submissions made by industry outlets, television schools and training organisations worldwide. Successful nominees will be mentored during the year by key executives on the board.

The initiative is backed by Lyle’s wife, Janne Dennehy, and The David Lyle Estate.

Dennehy said: “David would be thrilled to see the level of support that these fine organizations have given to the foundation that aims to continue on the Lyle tradition of mentorship in the global TV industry, to provide encouragement and opportunity to the young who demonstrate curiosity, who take initiative. To encourage and develop independent thinking, to maintain an adventurous outlook, to welcome and recognise success but to remain kind, inclusive and supportive of others post success.

“From my point of view I appreciate the support these organisations have shown David personally and professionally in health and sickness, in life generally and now, sadly, in death. I am thankful that they are joining together to help keep his legacy alive.”

Lyle was a much-loved entertainment industry executive who championed the underdog and built a career on doing things in the right way and with humour.

After graduating from the The University of Sydney he worked as a high school chemistry teacher and exploration geologist in his native Australia before working in radio and television as a writer and producer in radio at Sydney’s 2UE and 2GB and for Australia’s ABC, Ten and Nine television networks.

At Nine, he worked up to become an executive producer and programme creator and later advanced to head of development and acquisitions.

During the 1980s and 1990s Lyle hosted and produced the weekly TV anthology series, The Golden Years of Television for both the Ten and Nine Networks.

In 1999, he moved to London, to Pearson TV, to serve as head of worldwide development and acquisitions at which point he also c0-founded FRAPA to protect format rights. That post led him to relocate in 2001 to Los Angeles, where he became president of entertainment for FremantleMedia North America until 2004. There, he helped launch American Idol on Fox.

In 2005, he launched and developed Fox Reality, a channel that specialised in acquired and original unscripted programming and in 2010 he launched Fox Look, an international distribution group in unscripted entertainment in both finished product and underlying formats. In 2011, he was named CEO of National Geographic Channels, based in Washington DC.

In 2015, Lyle served as inaugural president of PactUS prior to its 2017 merger with the Nonfiction Producers Association to become NPACT, with Lyle named president emeritus. He died in LA in September 2017 aged 67 after a three-year battle with cancer.