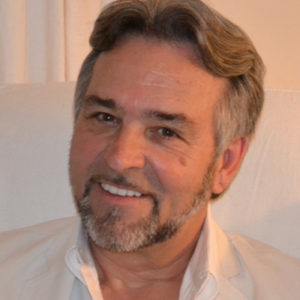 With 35+ years experience, knowledge and connections in the television industry, Michel has played a key role in driving the television Format industry to worldwide prominence. He offers comprehensive consultancy on all aspects of the business from building TV networks to providing executive-mentoring, global market analysis and bespoke format purchase and distribution advice. He is a sought-after keynote lecturer and producer of international entertainment workshops and seminars.

While helming The Format People during the past 10 years, Michel’s broad-ranging work has included substantial mandates with major broadcasters and production companies including Warner Bros, FOX Reality, Fremantle Media and Star China; executive-mentoring of leading figures in the TV business, and major infrastructure projects such as building Mongol TV from the ground-up into one the country’s leading broadcaster.

Michel consults with a number of Asian television clients on co-development partnerships as well as advising on the sale, production & protection of their formats on the international market. He carefully helps them select the right distributor for their product and creates an international marketing plan which includes introducing them to the many international television conferences and markets such as MIPCOM, MIPTV, NATPE, RealScreen, BCWW, ATF, DISCOP.
Michel has been speaking about Chinese co-development and SARFT regulations since being on an Asia TV Forum panel in 2016; and spearheaded 4-module training Master Class sessions on Formats in both China and in Korea. Over the years, he moderated numerous panels and has recently been invited to keynote, and lead workshops at: MipTV/MipFormats, BCWW Seoul, Korea; STVF, Shanghai; Content Asia Singapore; and Promax BDA in Los Angeles.
Michel was the founder and CEO of Distraction Formats, the first independent format distribution company, representing formats from producers worldwide, and with sales to 60+ countries. Instigator of the first TV Format Market at the Monte Carlo TV Festival in 1999, Michel was dubbed by the press “The Father of Formats” for his in-depth knowledge of the format business.
His early career included the role of Vice-President of Programming and Production at Télé-Capitale Inc. (now TVA) in Quebec Canada.
Michel was honored with a Chevalier de l’Ordre des Arts et des Lettres by the Minister of Cultural Affairs, Mr. Jacques Toubon, from the government of France and is an active member of the international television community. He is one of the founding members of FRAPA (the Format Recognition and Protection Association) as well as the EMC (Entertainment Master Class). Michel was a long-standing member of the International Academy of Television Arts & Sciences – producers of the International Emmy Awards. Michel was educated at St. George Williams University.